This startup wants to improve communication in Mexican companies


Poor communication management between bosses and collaborators, for example, can cause losses in organizations that exceed 62 million dollars a year for large corporations, and 420,000 dollars in the case of small and medium-sized companies , according to estimates from the Gallup consulting firm in the 2020 High-Development Culture Through Your Employee Engagement Strategy report.

Based on the difficulties that arise due to the lack of optimal communication and feedback, the startup Humand developed an application that allows creating digital communities for various purposes; from making inquiries to Human Resources (if there is this area in the company) to giving and receiving feedback between bosses and colleagues, arranging vacations, creating collaboration projects and preparing surveys.

“We believe that automating, or giving greater structure to communication and procedures in a company brings a positive impact, from the outset you increase the speed with which information is given, breaking silos between areas and speeding up productivity. This is the way we want a social impact leveraged by artificial intelligence ”, says Nicolás Benenzon, creator of the platform together with Gerónimo Maspero.

The application is already used by organizations such as ArcelorMittal Acindar (a steel industry with more than 3,000 employees), AUSA, Grupo Werthein and the University of Buenos Aires. In Mexico, Grupo Caliente, dedicated to the entertainment industry, is one of the users of this application.

From Silicon Valley to Mexico

These two young Argentines met in 2016, during a talk given by Marcos Galperin, founder of Mercado Libre, at the Technological Institute of Buenos Aires (ITBA), where they studied Computer Engineering. Later, they specialized in Entrepreneurship and Innovation at the Massachusetts Institute of Technology (MIT).

After two years, they began to visit Silicon Valley, where they had valuable conversations with entrepreneurs, founders and executives, with whom they discovered the potential to make improvements in the internal life of organizations. It was in 2019, aged 21 and 22, that they became founders of Humand.

“This application is a friendlier solution, because it is downloaded to the cell phone. Unlike a network designed internally (by the company), Humand centralizes the entire digital experience of the employee in 15 modules, in terms of services and procedures that the company may require ”, Benenzon comments.

For his part, Gerónimo Maspero, also founder, mentions that an app, unlike the more robust business software, is designed for the computer, which increases costs and implementation processes. “A management software for the Human Resources areas requires a year to incorporate it, we lock the configuration in three weeks and no external personnel are required to operate.” 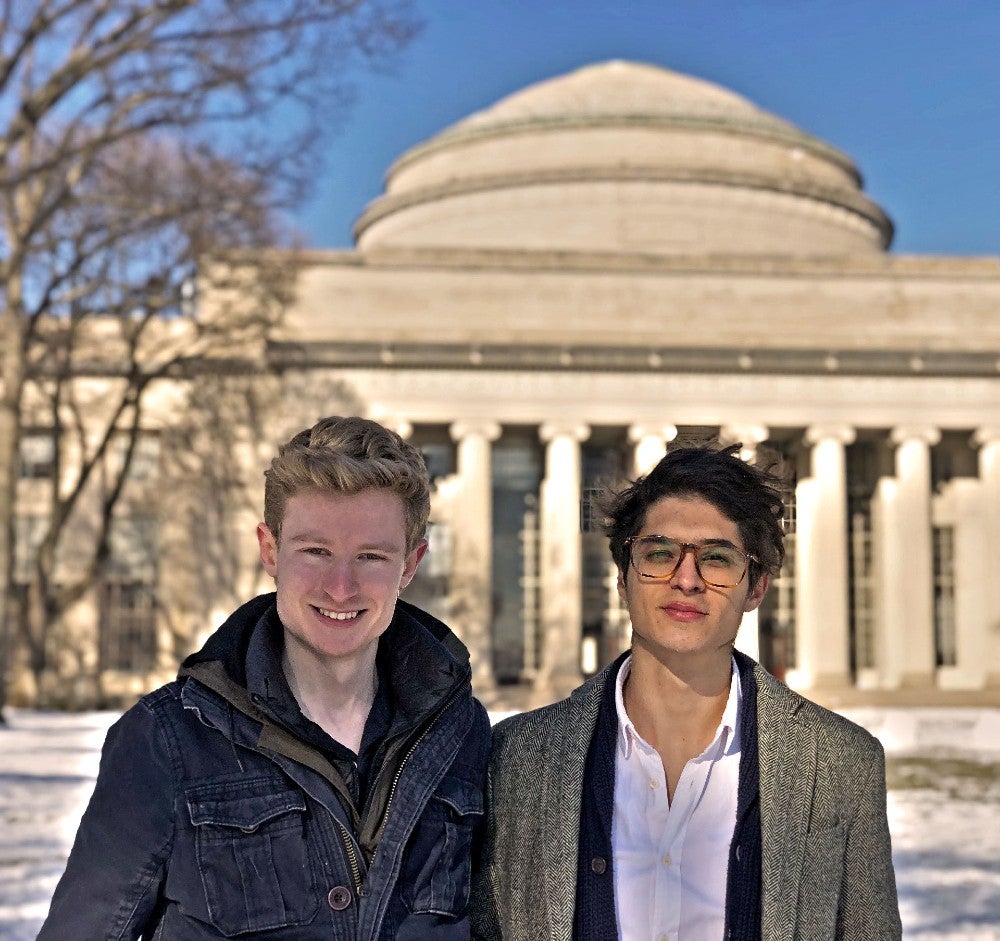 “We have a new way of understanding business software, for us the experience is more like WhatsApp, LinkedIn or Instagram, platforms with which people are more familiar with using it,” said Gerónimo Maspero.

These entrepreneurs decided to bet on the use of cell phones as the main communication channel. In addition to helping in the implementation of the app, they offer their clients the development of a joint success story, where it is documented how to apply the modules to make internal communication transparent, management from Human Resources, among other processes.

With the telework scenario, in whose scheme 44.8% of companies in Mexico are installed, according to figures from the Survey on the Impact Generated by COVID-19 on Companies (ECOVID-IE), prepared by the National Institute of Statistics and Geography (INEGI), the platform registered the opportunity to capitalize on its growth in the Mexican territory.

Nicolás Benenzon explains that they detected that 80% of companies had advanced their digital transformation, and it is in this scenario that they approach companies to help them transfer their internal communication processes, organizational culture and Human Resources management, with the help of technology.

In turn, it is estimated that by 2025, 75% of the workforce will be millennials, and 5.7% -of the million 873, 564 of businesses in Mexico-, plan to maintain remote work permanently, which enhances the use of applications on mobile devices.

Even at the beginning of the pandemic, some companies considered the use of corporate mail as the single and largest communication resource between their employees, according to the study Workquake: the New Labor Order, by Citrix. This without dimensioning the effectiveness of much more effective digital tools to build a culture of trust, which encourages frequent and direct dialogues between collaborators.

The need that Humand detected is to make it more “friendly and accessible” for employees to be able to solve issues of daily life in the office, digitally. “We see in many SMEs, for example, that they use forms, paper surveys, virtual billboards and a long chain of emails. There are no formal communication processes and, therefore, they are not measurable, ”says Gerónimo Máspero.

According to data from entrepreneurs, after applying the platform in educational institutions, NGOs and government entities, employee engagement improves by 300%, in addition to increasing the sense of belonging by 25%, while turnover decreases by 10 percent.